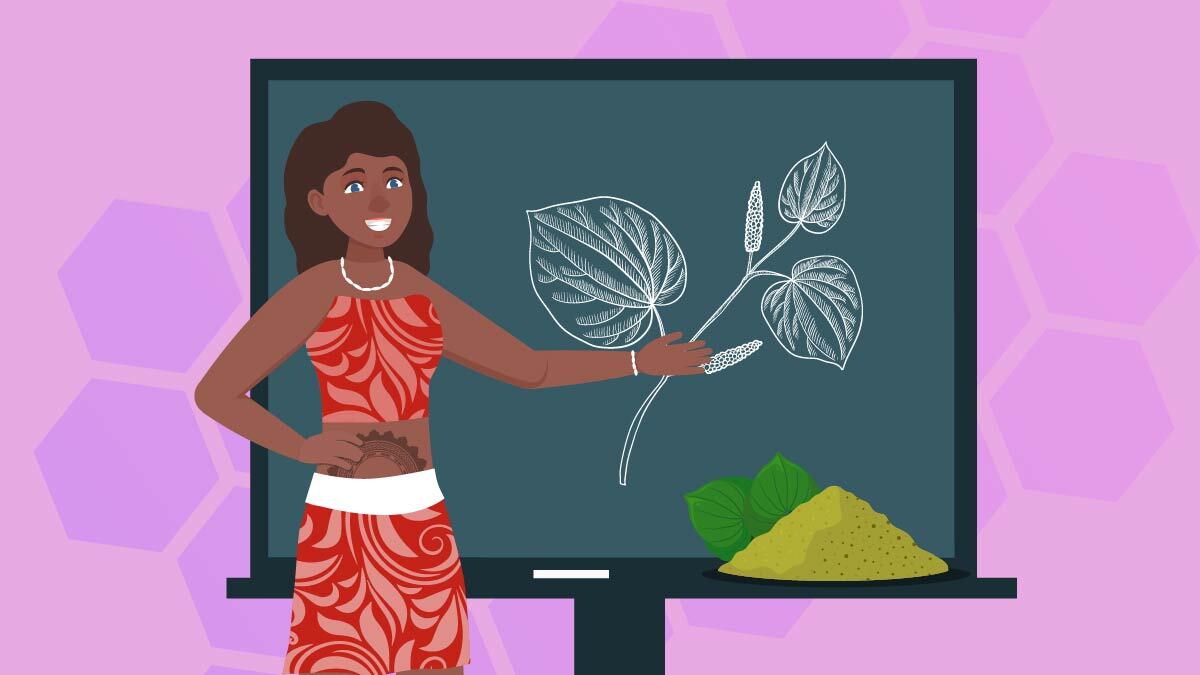 Kava is an unusual plant in that it doesn’t make seeds. The Piper methysticum species (most commonly used for making kava drinks) is completely reliant on human intervention to spread and propagate.

Here, we’ll explore why kava doesn’t produce seeds, how it’s cultivated, and where to find seeds for closely related species like Piper excelsum and Piper wichmanii.

No, the kava plant used for drinking (Piper methysticum) does not reproduce sexually and is incapable of producing seeds.

Kava plants flower very rarely. Even when they do, they will never produce any seeds.

The progenitor of modern kava, called wild kava (Piper wichmanii), develops seeds, but this species is not suitable for drinking.

How Does Kava Reproduce If Not By Seed?

Kava plants are propagated solely by planting cuttings of the roots.

Kava has a thick rhizome that often grows laterally under the surface of the soil, occasionally sprouting new plantlets as the roots extend away from the mother plant.

Kava farmers harvest the roots and replant cuttings from the plants with the most desirable psychoactive effects. These root cuttings will quickly develop into new plants, which are essentially clones of the mother plant.

The kava plant has been grown like this for hundreds of years. The fact that kava is found across many islands in Oceania relies solely on the early Polynesian explorers who would carry noble kava with them on their journey. Upon landing on a new island, settlers would plant the kava root cuttings they brought with them.

Without human intervention, kava would have likely died out a long time ago. 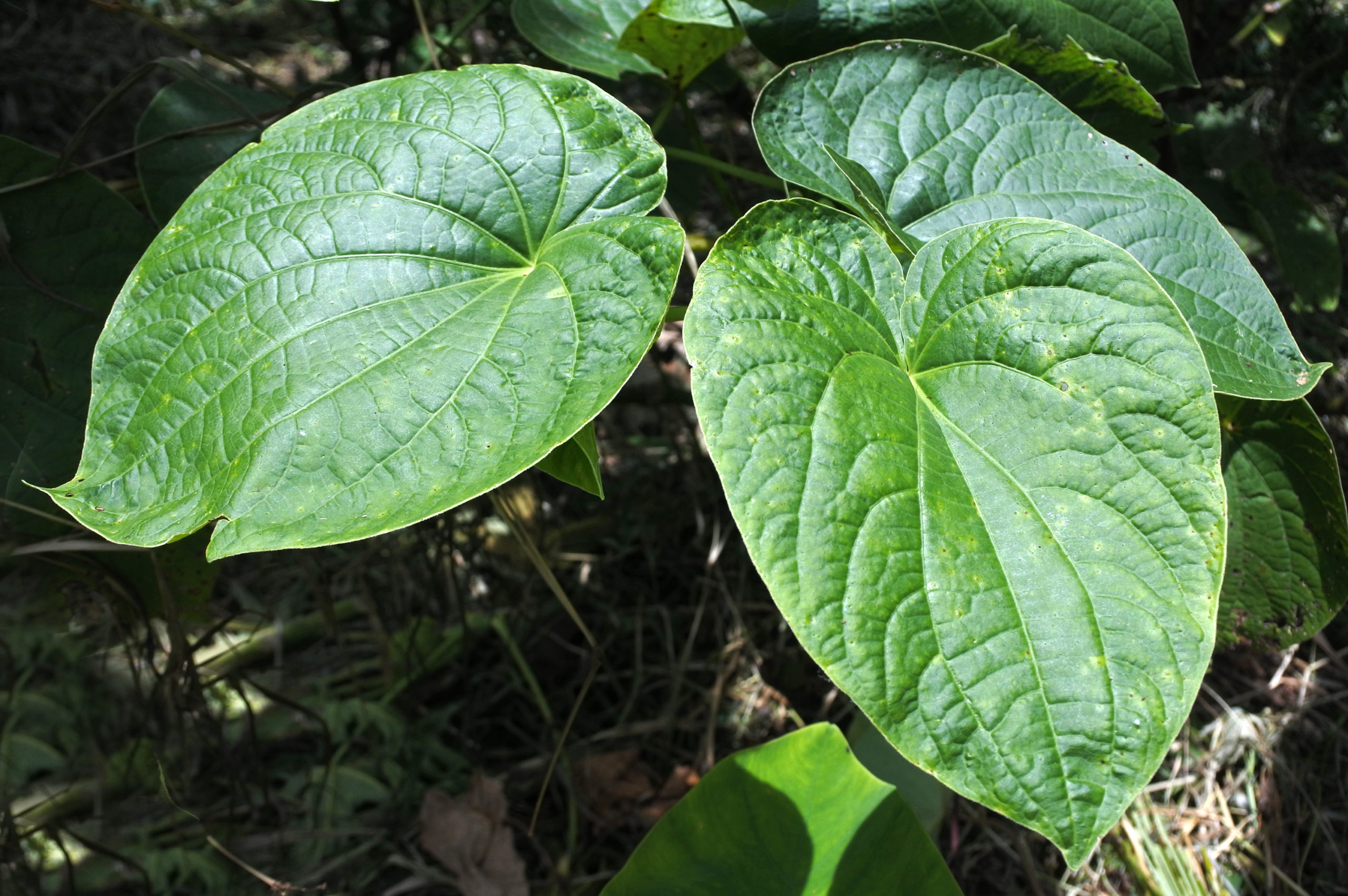 It’s unclear where the first Piper methysticum plant came from, but it was very likely a mutation of the wild kava species somewhere in Vanuatu.

Seeds are made by mixing the genes of one plant with the genes of another. During this gene swap, the traits of both plants are randomized, and a chance for genetic mutation occurs.

This is how evolution works. Every new organism that is produced has a slight chance for some random alteration. Some of these alterations offer an improvement to propel the species forward; others are detrimental.

The mutation that caused modern kava plants to be sterile (no seeds) would have caused it to eventually die off — if not for the existence of humans.

Someone likely discovered the mutated plant growing in the wild, and after preparing a brew of the root, discovered the effects were much more enjoyable than the wild kava root being used at the time.

Wild kava has been consumed by humans for a very long time — long before writing was even invented. Nobody knows for sure how long kava has been used on the tropical islands it’s native to.

However, the effects of wild kava are undesirable for daily drinking. It was used for ceremonial or medicinal use only. Drinking too much can cause severe side effects lasting up to two days.

Whoever discovered the first sterile Piper methysticum mutation must have obtained a cutting of the roots to propagate more. These roots have since been passed to other tribes, carried to other far away islands, and are now cultivated on just about every inhabited island in Oceania.

Today, there’s a surprising amount of variability for a plant that hasn’t reproduced sexually for hundreds of years. All the kava in existence today is essentially a clone of the original mother plant discovered long ago.

Where to Buy Kava Seeds (Cuttings)

You’re not going to find kava seeds for sale, but you will find kava cuttings.

Cuttings are small, 3-inch pieces of kava roots and stems that can be planted just like a seed to sprout a new plant.

Kava is easy to grow in rich volcanic soil on tropical islands — but it’s much more difficult to grow everywhere else.

If you’re up for the challenge of growing kava, you can find cuttings or whole kava starter plants from vendors like Herbalistics

Be careful when buying kava cuttings. There are a lot of non Piper methysticum plants sold at tropical plant shops in the US and Europe. If you intend to eventually drink the roots, you should only buy true Piper methysticum cuttings from noble cultivars.

You can also buy the seeds of species related to kava, such as Piper exelscum (Kawakawa) and Piper wichmanii (wild kava), from vendors such as Asklepios.

Be aware; you shouldn’t grow these species with the intention to drink it. The effects are not the same as true, sterile kava and will most likely make you feel ill. 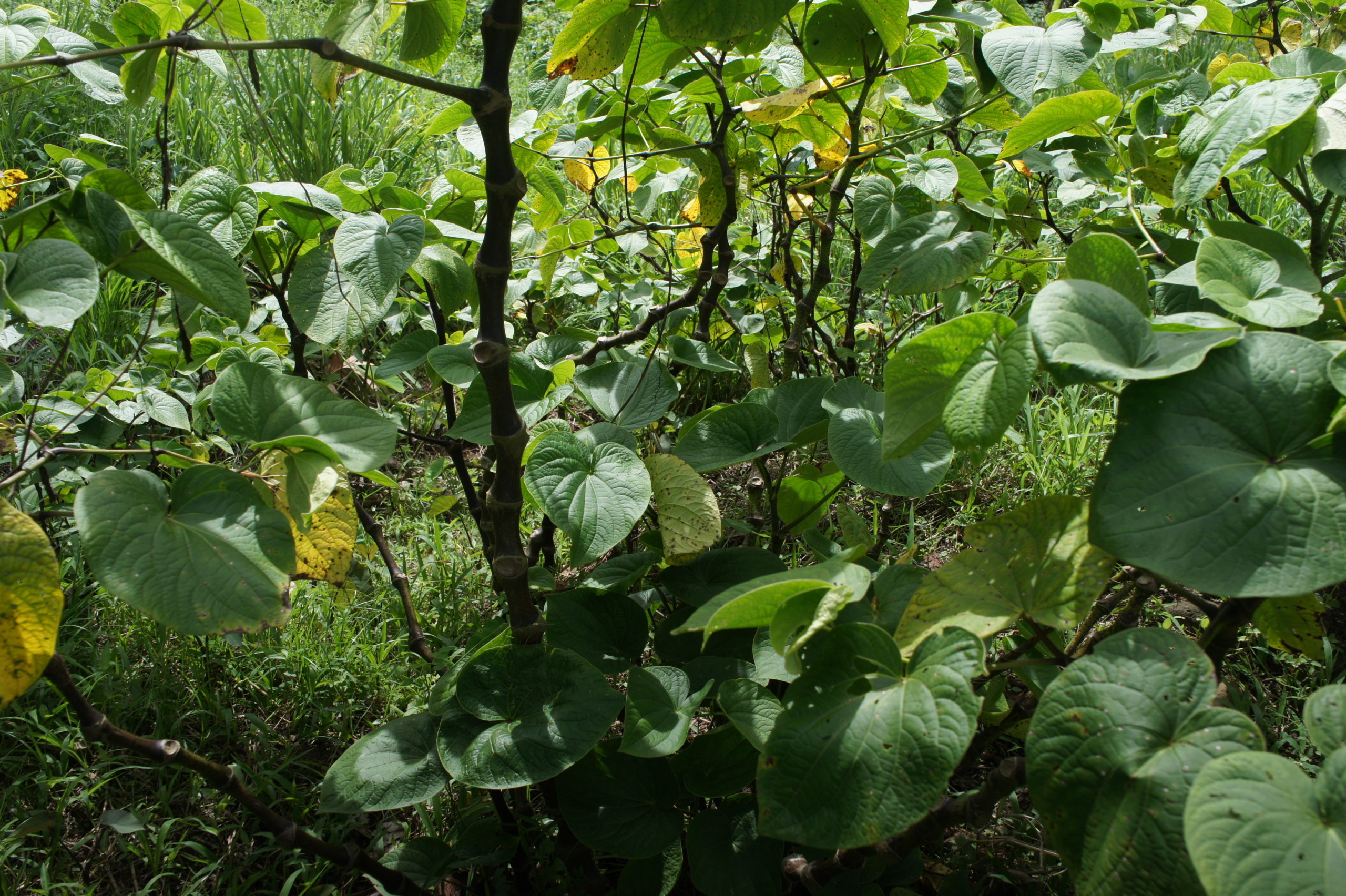 How to Grow Kava

Growing kava isn’t for the faint of heart. Unless you live on an island in the South Pacific with plenty of rainfall, high ambient humidity, and rich volcanic soil — you’re going to run into a lot of problems growing kava.

With that said, it can certainly be done with the help of a greenhouse.

Growing kava begins with cuttings or small plantlets. They’re planted into soil enriched with humus and sand. Young kava should be protected from direct sunlight.

The soil should be kept moist (but not wet), and the leaves should be sprayed with water once or twice per day to prevent them from drying out.

If you live in a region that’s particularly dry, you may need to take measures to keep the humidity levels above 80%.

Kava will take a long time to grow and can reach very large sizes. The minimum amount of time you’ll need to wait to get viable kava roots is five years. Plants grown indoors tend to grow slower, so you may need to wait up to 7 years before you can harvest your roots.

The kava plant doesn’t produce seeds. It’s entirely sterile but can be propagated with a small section of harvested roots from other plants.

You can buy seeds from related species such as Piper excelsum and Piper wichmanii — but neither of these plants is suitable for drinking.

If you’re interested in growing kava, check out places like Asklepios and Herbalistics to find stem cuttings or plantlets to grow at home yourself. You’ll most likely need a greenhouse with the ability to maintain high ambient humidity and temperature levels if you don’t live on a tropical island.