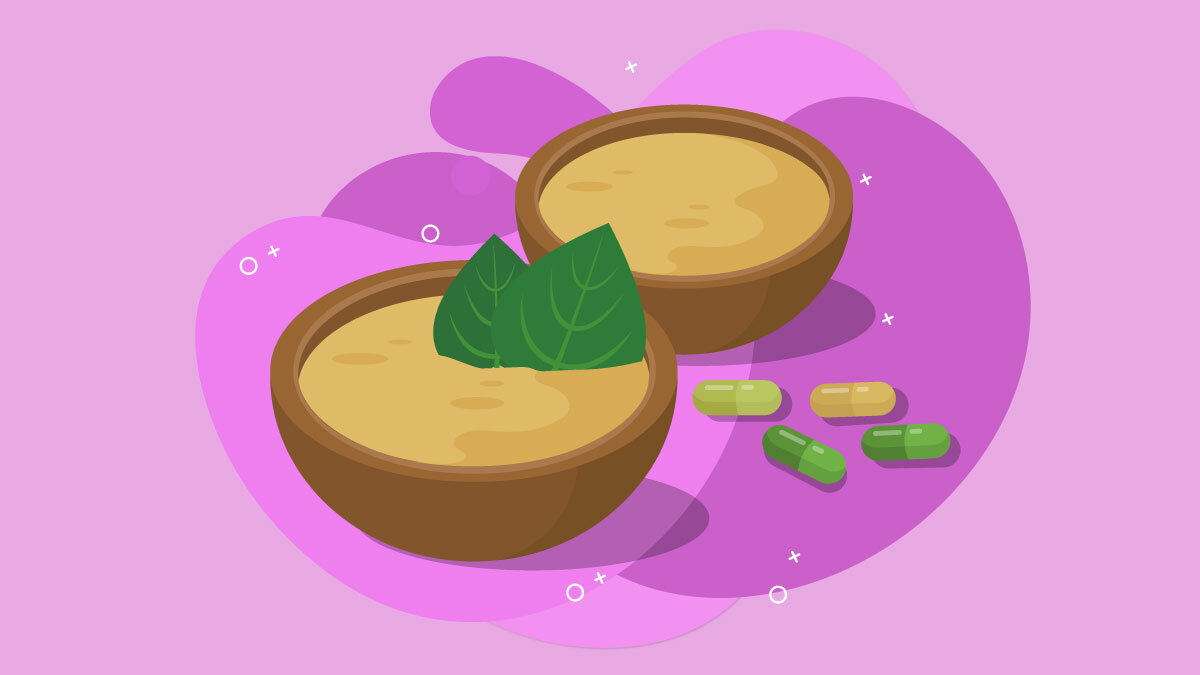 Kava is a powerful herbal supplement. The active ingredients affect the balance of neurotransmitters in the brain to promote calmness and relaxation. In higher doses, it’s used to promote a deeper and more restorative sleep.

As with anything that affects the nervous system directly, there’s the concern over whether or not kava causes tolerance — which is a gradual reduction of effects from consistent use of the substance.

People who form a tolerance to a substance require larger doses to feel the same level of effect. Tolerance to certain substances can be dangerous because you risk damaging parts of the body that can’t handle higher doses.

Will kava form tolerance? Is tolerance to kava safe?

We’ll explore how this works in greater detail, along with a similar concept known as reverse tolerance — a gradual increase in the effects of a substance the more often you take it.

Let’s get straight into it.

The short answer is yes — the body can become tolerant to the active kavalactones in the plant.

However, this is rarely a problem for most people. Tolerance formation to kava is a lot like other herbs, such as coffee. The more we drink it, the more we can comfortably handle the substance, and its effects still work just the same.

Tolerance to kava can is reversible by simply taking a few days off from kava use. Once kava is resumed, the effects will be just as strong as they were before.

Tolerance happens when the body makes physical changes to resist the effects of a specific substance. It does this as a way to maintain balance (homeostasis). As tolerance forms, we need larger amounts of the compound to have the same level of effects.

For example, heroin users often describe their first experience with the drug as the strongest. Tolerance to heroin forms so quickly, you’ll never be able to get the same level of effects again.

In most cases, the changes that cause tolerance involve the specific receptors the drug or substance it binds to. In the case of opioids, the drug works through the opioid receptors. If we take opioids too often, the body will start to ‘hide’ opioid receptors throughout the brain and spinal cord so the drugs don’t have such a strong impact. This helps maintain ideal levels of opioid activity, despite the opiate drug use.

There are three types of tolerance:

Acute tolerance happens when the body adapts to large doses of a substance in a short amount of time. This is an adaptive change the body makes to resist the effects of harmful chemicals. This can happen with almost any substance to different degrees, including alcohol.

Acute tolerance is rare with kava drinkers because you need an exceptionally high dose for this effect to occur. With that said, it is still possible. If you have a very large dose of kava one day, it may not be as strong if you did the same thing the following day or even a few days later.

This is the most common form of tolerance — it occurs from taking a tolerance-forming compound over time.

Most of the drug tolerances you’re probably familiar with — such as alcoholism, stimulant drug use, benzodiazepine addiction, opiate drug use — all involve chronic tolerance. The longer you take the drug, the more you need to take each time to get the desired effects.

Kava can form long-term tolerance if you take it every day. This is part of the reason why regular kava users on the Pacific islands take a larger dose than a new user in the United States might take. The higher dose accounts for their body’s resistance to the effects of the herb — specifically surrounding the GABA receptors.

Fortunately, chronic tolerance to kava is easy to avoid. We’ll cover how this works in the next section.

Learned tolerance is slightly different from the other two forms. It doesn’t necessarily involve any modifications to the receptors the compound works on directly. Instead, learned tolerance is the ability for the body to perform like normal despite intoxication.

A common form of learned tolerance is with cannabis use. Frequent cannabis users can still get high from smoking the herb, but you might not notice how high they really are because they appear to behave normally.

Novice users, on the other hand, may be unable to perform normal functions until they develop learned tolerance.

It’s possible to develop learned tolerance with kava — but this is only relevant if you take enough kava on a regular basis to become intoxicated.

How to Prevent Kava Tolerance

Tolerance to all substances is both preventable and reversible. Just as the receptors of the body change over time to adapt to the presence of a compound, it will revert back once the compound is removed from the body over time.

To prevent or reduce tolerance, you have to take kava (or any herb or supplement) in moderation. Tolerance only forms when you take very large doses (acute tolerance) or take it regularly for long periods of time (chronic tolerance).

The best way to avoid tolerance is to take scheduled breaks from kava to give your body time to re-adjust.

There are many ways to do this. Here are three examples of a tolerance-prevention schedule:

Reverse tolerance is also possible with kava but is very rare. Only a small portion of kava users experience reverse tolerance to kava. This concept is much more complicated, and the actual cause remains unknown.

Reverse tolerance involves a gradual increase in the effects of kava the more you use it. This is especially common in the second or third doses kava, and tends to be less apparent after a few kava doses.

The most common story of kava reverse tolerance involves taking a dose of kava for the first time and experiencing little to no effects. The next time they take kava, they have a very different experience — the effects of the kava become significantly stronger than the first dose.

Sometimes the third and fourth time become even stronger — even with the same dose.

As we mentioned, this is very rare, and it’s poorly understood why the body reacts to kava this way.

What to Do if you Experience Reverse Kava Tolerance

Reverse tolerance isn’t dangerous — but may give you more of an effect than you want or expect at the time, so it’s important to take smaller than normal doses for the first couple of times when using kava — just in case you’re one of the few affected.

If you experience the effects of reverse tolerance, don’t worry — after a few doses of kava, the effects tend to normalize as the body becomes used to the kavalactones. Most users say the effects become stronger for the first 2 – 4 doses, before tapering off to normal.

It’s rare that you’ll experience reverse tolerance after repeat dosing of kava, even if you take long breaks in between your last dose. It usually only applies to the first time you take kava.

Summing it Up: Kava & Tolerance/Reverse Tolerance

Although kava can cause tolerance over time, especially with higher doses, and with regular (daily) kava supplementation — it isn’t a problem for most people.

Unlike most addictive tolerance-forming drugs, kava tolerance is very subtle and can be reversed quickly without experiencing serious withdrawal symptoms.

The best way to approach kava tolerance is to take scheduled breaks from the herb. This means taking every 4th day off, every 4th week off, or simply not using kava on a daily basis.

This practice will significantly reduce the chances of forming tolerance because you’re forcing the body to adapt to periods with the kava, as well as without.