A Guide to Getting “High” with Kava 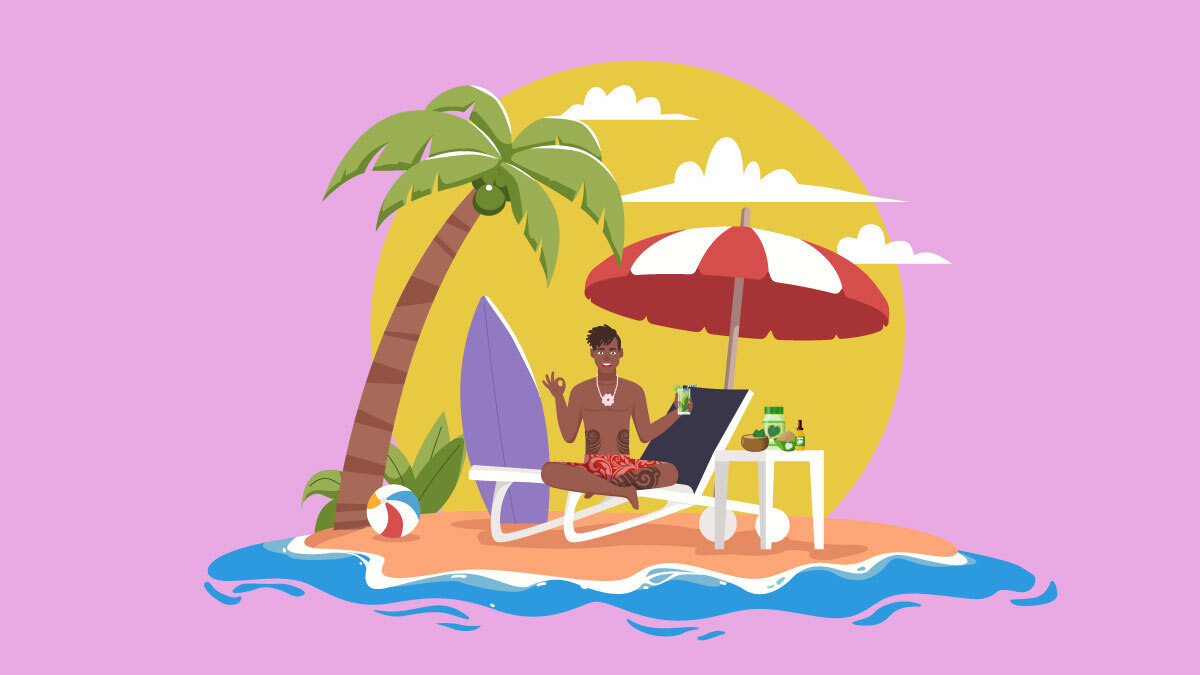 Unless you live on one of the tiny, scattered islands of the pacific ocean — you’ve probably only recently heard about the kava plant (Piper methysticum).

Traditional uses of the plant were both medicinal, and ceremonial. Depending on the dose you take, kava can either help with anxiety and sleep, or produce an intoxicating experience — known as the kava high.

Some people even report mild hallucinations on kava.

The concept of using kava to get high is controversial, and there’s some truth to the idea, but only when you take everything with context.

In this article, we’ll discuss what the kava high is, how it works, and debunk some of the myths around getting high with kava.

Let’s get started by describing exactly how kava feels when you use it.

The very first sensation you feel when you drink kava is the powerful taste. It’s spicy, bitter, and grassy all at the same time. Most people don’t like the taste of kava the first time they try it — but that’s not what you’re drinking it for.

It helps to take gulps of the mixture, rather than small sips just so you can get it down. The best part is yet to come. Most experienced kava users develop a taste for the brew, and may even enjoy the flavor of certain kavas.

Alternatively, you can always use kava capsules to avoid the taste, but most experts agree the tea is the best way to use kava — especially if you plan on taking larger doses.

Once you’ve finished your cup, it can take about 30–45 minutes for the effects of kava to start creeping in.

The effects usually begin to manifest in the mind before working its way down to the muscles and bones.

The first feeling we get is a sweeping sense of relaxation and peace of mind. You start to feel carefree — even euphoric. If you’re drinking with friends you may even start laughing at the littlest things. It’s rare to find someone drinking kava who isn’t in a great mood.

As time goes on, the kava will work its way to the muscles. You begin to feel heavy like you’re sinking into your seat. Tense muscles ease-up, and you find it increasingly easy to find a comfortable sitting or lying position.

Now, this is where the main difference between different kinds of kava comes into play.

The Effects of Different Kinds of Kava

There are three main types of kava you can buy, each one with a different balance of effects on the mind and body.

Heady kava tends to focus most of its effects on the mind. You’ll likely feel some of the muscle relaxation, but the main focus is on the feeling of euphoria and feeling carefree. This type of kava isn’t directly sedative, so you’ll feel calm, but less likely to fall asleep than a heavy kava.

Heady kavas are best for social gatherings, or if your goal for using kava isn’t to fall asleep. The euphoric feeling this kava produces can even make you feel mentally stimulated may even help some users feel more social — kind of like alcohol.

Heavy kava is the opposite, while it does produce effects on the mind, the strongest effect is on the body. Many users report these types of kava can make you feel like you’re slowly melting into the ground as your muscles become increasingly loose as time goes on.

This type of kava is more sedative than heady kava and may cause you to drift off to sleep in a deep slumber — not waking for several hours.

There are exceptions to this of course, as some heady kavas are non-sedating — so make sure you do some research on the particular strain of kava you’re using before you buy it.

3. Balanced Kava Does Both

Balanced kava is right in the middle. It’s evenly weighted between the effects on the mind and the effects on the body. These strains are great all-rounders for daily use, or if you only plan on getting one type of kava to use for different situations — like sleep, social drinking, muscle pain, or anxiety.

Can Kava Make You High?

Now to the meat of this conversation. Will kava make me high?

The simple answer is yes — if taken in large doses, kava can cause an experience that could be described as a high.

As the effects of the active ingredients in kava (the kavalactones) become stronger, they start to cause changes in our perception. This starts with feelings of relaxation and peace of mind but can develop into much deeper feelings of detachment as well.

It’s likely the traditional use of kava relied on these effects — especially when used ceremonially with the goal of reaching higher states of consciousness.

The kava high can affect the body as well. It can relax the muscles so much it can start to affect your movements. They become slow, and sloppy — which is similar to when someone has consumed a lot of alcohol.

Additionally, high doses of kava can produce red eyes, similar to that of marijuana. This was actually how some of the early kava researchers found people that were frequent kava users when traveling through places like Vanuatu and Fiji.

Unlike alcohol or other drugs, when you’re at the peak of a kava high, you’ll still be completely coherent. You don’t hallucinate, you’re decision-making centers in the brain don’t become compromised, and you can still hold a conversation.

How Does Kava Make You High?

The active ingredients in kava are a group of chemicals known as kavalactones. These compounds interact with different parts of the nervous system to exert their effects:

There are six key kavalactones that make up the bulk of kava extracts — each one with slightly different effects on the central nervous system. It’s the combination of all six that produce the effects of kava — including the high.

Every strain of kava has a different ratio of these six chemicals — giving them a unique effect on the body.

So if taking enough kava to become inebriated, the effects will match the general profile of the kava you’re using.

One kavalactone, in particular, has piqued the interest of people looking to use kava to get high. Yangonin (Y) works through the same receptors in the brain as marijuana.

Despite the fact that research hasn’t been able to confirm it produces the same high as marijuana, kava strains high in yangonin are thought to have the closest effect to the intoxicating sensation of marijuana.

Another kavalactone — desmethoxyyangonin (DMY) — is thought to increase dopamine levels in the brain. This would explain the feelings of euphoria and happiness when taking kava strains high in this particular chemical.

Here’s a brief summary of what each kavalactone does:

Will Kava Make Me Hallucinate?

There’s a lot of rumors going around that kava can make you hallucinate — however, this is untrue.

A hallucination is a distortion of reality where you see, smell, or hear things that aren’t actually there — they were made up by the mind. It’s a common side-effect of drugs or various psychological conditions.

No matter how much kava you drink, you’re not going to experience distortions in reality. The active ingredients of the plant simply don’t work like that.

Instead, you may experience differences in how you interpret the world around you. It’s not the visual center that’s changing or any other process linked to hallucination — rather, it’s your mental state and stress levels.

We see the world differently when we’re stressed, or have other things on the mind. When we release this stress and stop thinking about the things we’re constantly worrying about in the background (like money, relationships, status, etc.) our ability to ponder and experience the present moment changes dramatically.

We become more insightful, creative, and imaginative — much like a child when they see something for the first time.

Some people may refer to this almost transcendental experience as a hallucination — but it’s in fact very different.

Kava is a powerful herb with a lot of useful benefits. It’s great for reducing anxiety, helping us sleep, and supporting creativity and meditation. Indigenous cultures living on the islands kava grows naturally on used kava in high doses during ceremonies to reach higher states of consciousness — often to form a bridge between the living and the dead.

This has a lot of people wondering if kava can be used to get high.

While technically, larger doses of kava will exert a stronger effect on the brain and body — often producing sensations that can be compared to getting high from marijuana, or drunk from alcohol — these effects are much milder from kava.

The high kava produces also depends highly on the type of kava you’re using. If you’re trying to get high from heady kava, you’ll experience more mental effects like euphoria and may even feel some mild stimulation. The opposite is true for heavy kavas, which will most likely lead to a deep sleep instead.

Always be careful when using kava, especially in the higher dosage ranges. Make sure you understand how to use kava safely before you begin.