Home » Kava 101 » Noble Kava vs. Tudei Kava: What Exactly Is The Difference?

Noble Kava vs. Tudei Kava: What Exactly Is The Difference? 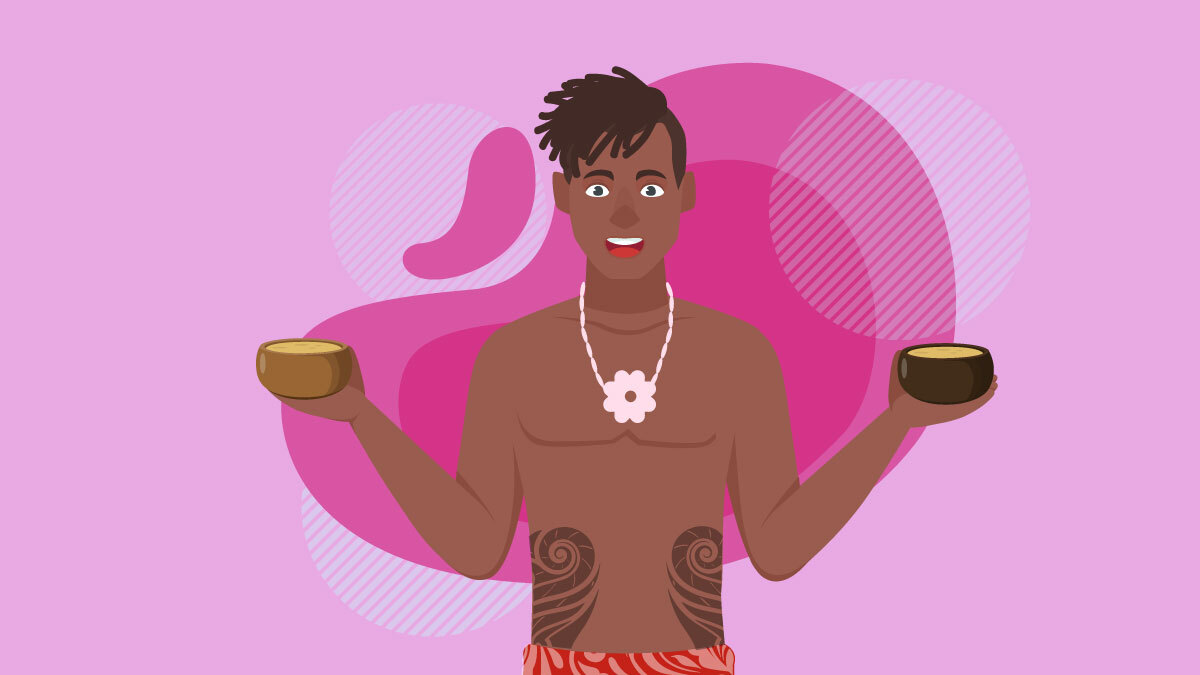 Most kava companies will warn you to avoid tudei kava at all times and only buy noble kava.

Why is tudei kava so taboo in the kava community? Is tudei kava really as bad as everyone says?

In this guide, we’ll explore the differences between noble kava, and tudei kava — and discuss why noble kava is almost always preferred.

Just so we’re looking at this from all sides, we’ll also offer some reasons why some people may actually want to go against the grain and give tudei kava a try.

Kava can be broken up into chemotypes — which describes the differences in the chemical profile of different kava strains. The biggest differentiating factor is the ratio of kavalactones (the active ingredients).

There are six main kavalactones that account for the majority of the effects of kava — each one with its own set of effects.

Noble and tudei kava possess different kavalactone ratios — which is categorized by a unique identifier code. Each kavalactone is assigned a number. Kava is then analyzed to measure the kavalactone content, and the numbers are assigned in descending order from the most abundant kavalactone to the least.

Noble kava is by far the most popular form. Even in traditional communities using kava preferred noble kava as their go-to daily kava. It has a milder effect profile and is much less likely to produce common side-effects of kava like nausea or fatigue.

There are many different chemotypes of noble kava, but in general, the best effects come from strains with high levels of kavain (4), and low levels of DHM (5). The best noble kavas tend to have kava codes with the first three numbers listed as 426, 246, or 643.

Tudei kava has a rich history of use just like noble kava, but for different reasons. Tudei kava was primarily used for medicinal purposes or for specific ceremonial use — not for everyday drinking like noble kava.

These forms of kava tend to grow faster, offer higher yields at harvest, and some even produce higher kavalactone content than noble strains. All of this may sound like a good thing, but there’s one problem. The kavalactone ratio of these kava strains are different than noble kavas — and often lead to more side-effects like nausea, fatigue, and headaches.

The side-effects of this type of kava also have a long duration. They can last as long as two whole days — which is what gives them the name “Tudei” (pronounced two-day).

The increased incidence of side-effects with this type of kava is the result of having higher concentrations of DHM (dihydromethysticin) and DHK (dihydrokavain) — 5 and 2 on the kava code chart respectively.

The classic Tudei kava from Vanuatu has the chemotype code of 256431, but there are others with similar kavalactone profiles as well.

As we’ve already discussed — most people prefer noble kava strains because of the preferable effect profile. Noble kava has a stronger effect on mood, has more relaxing benefits, and doesn’t tend to produce the same level of side-effects like nausea or headaches as tudei kava.

There are some reports that tudei kava also has another compound called Flavokawain B (FKB) with liver-toxic effects. All kava has some FKB, but due to the very poor solubility in water, most kava preparations produce safe levels of FKB.

With some tudei strains, the FKB levels are significantly higher — increasing the chances of producing a brew with harmful levels of this undesirable compound.

Tudei kava is aptly named for its long-duration of negative side-effects as well. This is likely due to the slow metabolism of the active ingredients DHM and DHK. The tudei kava hangover can last as long as two full days.

Making a Case For Tudei Kava

It’s clear that noble kava is the better option for people looking to use kava — however, there are a few reasons why someone might like tudei kava if used in the right dose of course.

There’s a large community of people who oppose the standard suggestions to avoid tudei kava. The main argument is that as long as you don’t overdo the dose, tudei kava can be a very enjoyable experience, and is even thought to be superior to many noble kavas for inducing sleep.

We highly recommend only experienced kava users attempt to use tudei kava. It’s very important you get the right dose with this stuff because taking too much can mean the difference between getting a good night’s sleep on kava, and having an uncomfortable kava hangover for the next few days.

Kava can be broken down into two main varieties — noble kava and tudei kava. There are dozens of different individual strains that can be grouped into each one. The difference between the two comes down to the prevalence of certain kavalactones.

Noble kava tends to have more kavain, and less DHM, while tudei kava is higher in DHM and DHK.

The effects are different as well. Noble kava is better for mood support, anxiety, and social drinking. It also tends to produce very few side-effects.

Tudei kava is a much stronger sedative but has a higher chance of causing side-effects like nausea, headaches, or fatigue — which have been known to last a few days after drinking.

If you’re just starting out, we highly recommend you go with a noble kava strain as your go-to. Tudei kava can be used safely and effectively, but it requires a much stronger understanding of the plant, and how it affects your body.