Kava and Alcohol: Can They Be Mixed? 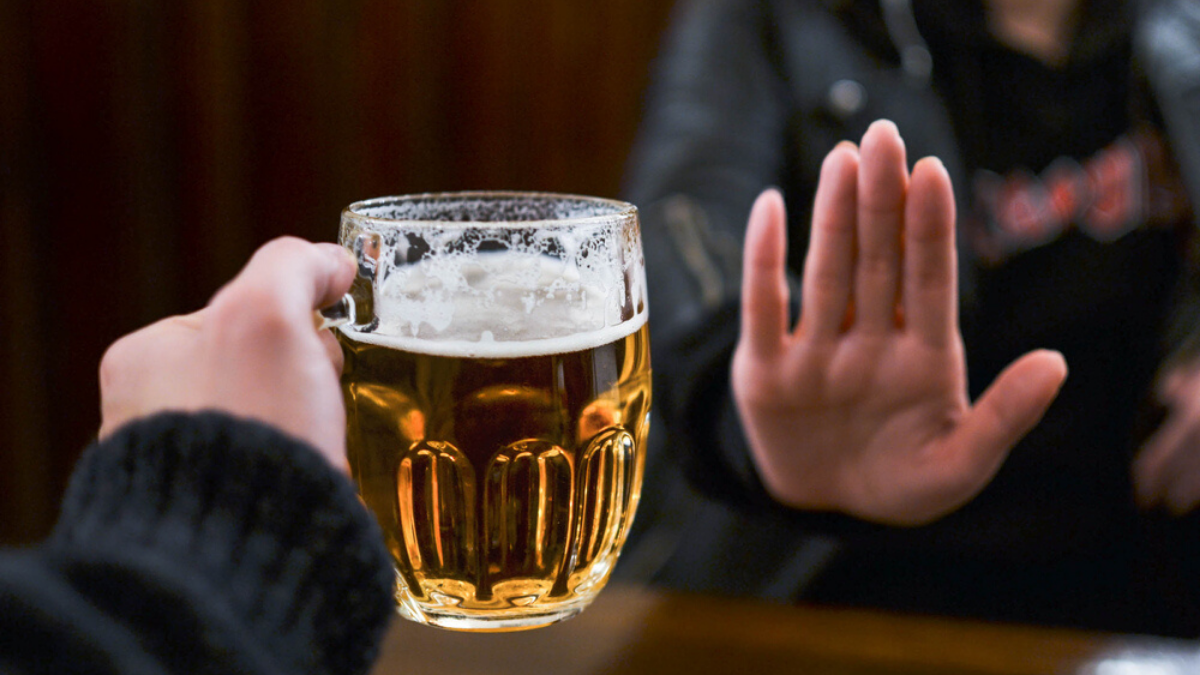 Kava and alcohol have a lot of overlap in the effects they produce on the body.

They both cause us to feel relaxed, can reduce inhibitions and make us feel more comfortable around others, and even help us get to sleep.

A lot of this comes down to the fact that kava and alcohol both work through the same chemical in the brain — GABA — which is responsible for slowing down the mind when we become hyperactive.

This has a lot of people wondering if kava and alcohol can be mixed. Will the effects of each become more pronounced, or is it dangerous?

In this article, we’ll break down the similarities and differences between kava and alcohol, and whether or not it’s safe to mix them together.

Kava & Alcohol Have A Lot of Similarities

Alcohol and kava are both considered central nervous system depressants. This doesn’t mean they cause depression, it means they push the balance of the nervous system down, rather than ramp it up like caffeine or other stimulants.

We’ll cover this in more detail in the next section.

In order to understand how this works, we need to briefly discuss the two components that work together to make up the nervous system. These are the sympathetic (SNS) and parasympathetic (PNS) nervous systems.

The SNS is responsible for the fight or flight (stress) response. This is what becomes active when we’re excited, stressed, or aroused. It’s also the most active while we’re awake.

The PNS is the opposite — reversing the changes the SNS made while we were stressed, and promoting things like digestion, tissue regeneration, and sleep.

Imagine the nervous system is a scale with SNS on one side and PNS on the other. Depending on how this scale shifts is how our body feels. If the SNS is heaviest, we feel alert, excited, and stimulated. Drugs like cocaine or MDMA push the balance to this side of the scale.

When it comes to kava and alcohol, the scale is pushed the other direction, towards the PNS side. This is why kava and alcohol both make us feel more relaxed, and can help us fall asleep more easily.

Why Do Kava & Alcohol Make Us More Social If They’re Considered Depressants?

Looking at this scale, the optimal balance for interacting with others is somewhere in the middle. We need to have enough SNS weight to feel alert and energized, but not so much that we become anxious, or stressed.

Many of us operate at a balance geared towards the SNS side of the scale. We’re worried about finances, relationships, our job, or a number of other factors. This is less than ideal for mingling with others.

When we mix kava or alcohol into things, it pushes the balance the other way, helping to reduce stress, without compromising our energy levels.

The Dose of Kava & Alcohol Matter

Both kava and alcohol can push the balance too far — as you may have learned from drinking too much alcohol. We can fall too far where we either lose control of our ability to think clearly, or blackout completely.

Kava is very similar. Small doses are incredibly useful for making social interaction better, but if we take too much, we may end up just falling asleep instead.

Do Kava & Alcohol Interact With Each Other?

The short answer is yes, kava and alcohol will interact. This means you need to be extremely careful when mixing the two together. Many experts agree it’s better to avoid the combination altogether.

The main concern with mixing alcohol and kava is the potential for both to damage the liver. Kava on its own has been shown to lack liver-toxic effects, but may lead to issues when combined with known liver toxins — such as alcohol.

The evidence is conflicting, as there have also been clinical trials showing a complete lack of negative effects on the liver even with high doses of both alcohol (blood alcohol levels of 0.05%) and kava (210 mg kavalactones) taken in combination [4].

There are three main concerns when it comes to how two compounds will interact with each other.

Let’s cover each one in more detail.

When it comes to kava and alcohol, synergistic effects are the biggest concern. Kava and alcohol have a very similar effect on the body, and will, therefore, compound each others effects.

This can be dangerous because while you may know your limits with alcohol and kava on their own when combined the active dose could be much lower. This means if you take the doses you’re used to, you could still end up with a much stronger effect from both than you expected.

This can be dangerous. Remember our diagram from earlier? This is how it might look when you combine both alcohol and kava.

For this reason, it’s recommended to avoid mixing alcohol with kava. If you must, start with a much lower dose of each than you think you need, and increase gradually.

Antagonistic effects happen when you take a stimulant along with a depressant. The nervous system balance is shifted towards the SNS side by the stimulant, but the PNS side from the depressant. The result is a dulled effect of each.

This isn’t really a problem with kava and alcohol because they have such a similar effect on the nervous system. They don’t tend to counteract the effects of each other.

Kava and alcohol are both metabolized by special enzymes in the liver. The active compounds are broken down and converted into smaller, water-soluble substances so the kidneys can filter them out of the body.

The enzymes required depend entirely on the chemical structure of the active ingredients.

One of the main concerns health professionals have when it comes to mixing alcohol with other substances, such as kava, is that the active components may compete for metabolism pathways in the liver.

The problem with this is that when two or more compounds compete for the same enzyme, it can cause a buildup of both in the system — leading to stronger, longer-lasting effects and a higher chance of side-effects.

It’s like when you’re waiting for the bus to go to work, but there are a lot of other people heading to the same location as you. The bus shows up, but only some of you can get on, leaving the rest standing at the bus stop and late for work.

So do kava and alcohol compete for the same metabolic pathways in the liver?

It seems the answer is a resounding “no”.

Studies have clearly mapped out the enzymes the body uses to break down both alcohol and kavalactones in kava. It turns out they share none in common with each other.

Alcohol metabolism is very well mapped out. We’ve been studying how alcohol interacts with the body for centuries [2].

We know that the primary route of metabolism is through a system known as alcohol dehydrogenase (ADH). As the name implies, this system is the primary system used to convert alcohol into inactive metabolites ready to be excreted from the body.

There’s also a second set of enzymes that helps to eliminate alcohol from the body, known as the CYP2E1 isoenzymes.

The liver relies on enzymes like CYP2C9, CYP2C19, CYP2D6, CYP3A4, and CYP4A11 to breakdown kavalactones [1]. One study investigated whether or not alcohol dehydrogenase was involved with kava metabolism. The study concluded that ADH had no impact on any of the four kavalactones tested [3].

Ultimately this means there’s no overlap in the primary metabolic systems tasked with eliminating kavalactones and alcohol from the body.

Kava is often suggested as an alternative to alcohol, and in many ways it is. Both work through a similar system in the body to reduce feelings of stress and anxiety, and shift the nervous system balance from anxious SNS dominance, towards a more calm PNS dominance.

However, there are still some key differences between the two. Alcohol has a much greater potential for inebriation. We simply can’t get drunk off kava, no matter how much we take. The kava high is much milder than alcohol.

So what about mixing the two? Is it safe?

Although there have been studies exploring this interaction that confirmed mixing alcohol and kava was safe, we need more research to fully understand the effects of this interaction — especially long-term.

Most experts agree you should choose either one or the other, primarily due to the compounding effects of the two compounds. Since they have so many similar effects on the body, taking the two together could cause much stronger effects than you were looking for.

Play it safe and choose one or the other. If you decide to mix the two anyway, make sure to start with a much smaller dose of each than you think you need and increase slowly over time. What’s the rush?